While attending the Global Young People’s Convocation (GYPC) 2018, held July 18-22 in Johannesburg, South Africa, as a voting member of the Northeastern Jurisdiction Delegation, I was able to experience and learn a lot. Most of what I learned came by interacting with the diverse people that make up the body of the United Methodist Church, people from Germany, to Russia, to Sierra Leone, as well as the many countries in between and around the globe.

I learned that patience can be hard and run thin easily. Especially when answering and listening to the many questions, often repeated ones, that are asked over the course of hours amending and voting on several pieces of legislation. However, out of those hours, I gained a better understanding of my brothers and sisters in Christ. I realized that most of the voting delegates didn’t disagree with the concept of what we were trying to create in our various statements and legislation. Instead, people were merely concerned about specific wording and phrasing of sentences. Taking a step back, I was able to breathe in, and remind myself every member of the GYPC attending was there to fulfill the same goal as me, to be “making disciples of Jesus Christ for the transformation of the world”. For me that was my goal, to hold fast to no matter what our issue or conversation, I was helping to make disciples at the end of the day. 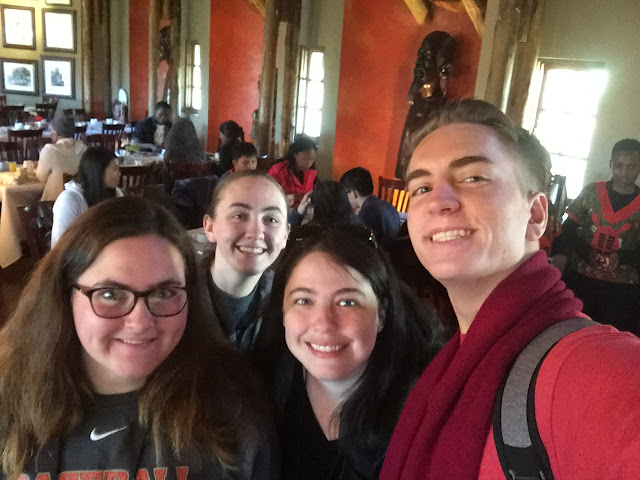 As the final day of legislation voting ended at GYPC’18, I remember having a distinct feeling of incompletion with the work that we had passed on to General Conference 2020. I felt that there was more that I could do to follow up and support our statements and legislation. When talking with our adult mentors I was struck with the understanding that the “more” was to follow the work of GYPC’18 to GC’20. That attending the largest governing body as a young adult, I could give first-hand testimony to the pieces we submitted and be a part of the process as it grows.

Something that has also grown and started tugging on my heart upon attending GYPC was that I had more to do as a young adult in the growth of our church. I want to attend General Conference 2020 because being a part of the process that establishes what the church does now, effects my peers and myself the rest of our lives. We simply just need to say we as a younger generation are interested in helping grow and create disciples of Jesus Christ. By attending General Conference 2020 as a voting delegate, I hope to open the door wider and set an example for youth and young adults, that anyone of any age can contribute to the growth of the UMC. When you look at the makeup of the General Conference in years past you will find a slim number of young adults attending. While that is fine, the support for younger generations to take up leadership roles would be a magnificent example of empowering youth to transform the world.

Posted by LINK Communications on August 28, 2018

Please follow our Guidelines for Dialogue (see tab at the top of the page) when leaving a comment. All comments are moderated. You can also email a Letter to the Editor to link@susumc.org